Are you a returning Laurentian student looking for a summer job? This could be for you! 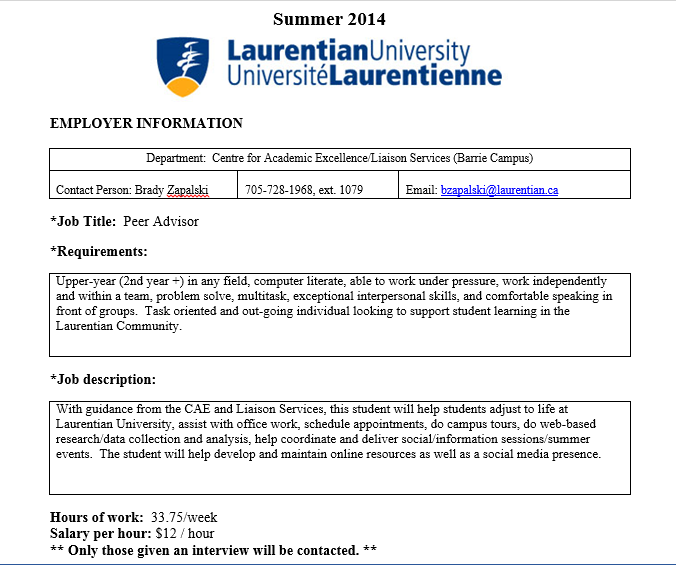 JOIN US IN THE QUEST TO FOSTER A UNIVERSITY CULTURE ON THE BARRIE CAMPUS!

The Laurentian Students’ Union is gearing up to take some big steps toward the growth of a university atmosphere and culture on the Barrie campus, BUT WE NEED YOUR HELP!

Knowing that many hands make light work, and that there is strength in numbers, any way in which you want to get involved and become an active member of your Student Union brings us one step closer to what we as LU students in Barrie lack: a university culture–a place for us to gather on campus and talk about similar interests or issues that effect us as undergraduates.

There are a number of ways to get involved! Though elections have already taken place for the 2014-2015 term, there are still a few board positions available to be filled including:

You can also get involved in any of the other clubs and associations which exist under the LSU, including:

This year the LSU will also be taking over the Laurentian Voice (student paper) from the English Association this year which presents yet another avenue by which you can become involved.

If you have any questions about the roles, purpose, or responsibilities of any of the above mentioned positions or clubs/associations just let us know!